Mason, Bruce & Girard, Inc. (MB&G), a Portland-based forestry and natural resources consulting firm, has estimated the acreage of land within the perimeter of current wildfires by ownership type for nine western Oregon counties. Spatial ownership data from county tax parcel  maps and the Bureau of Land Management (BLM) were combined with fire perimeter data produced by the National Interagency Fire Center to produce the estimates. The total area within 18 current wildfire incidents is 797,000 acres. Not included in the analysis are areas of the fires east of the Cascade Crest such as the eastern end of the Lionshead fire burning in Wasco and Jefferson Counties.

Marion, Clackamas, and Lane Counties have been hardest hit in terms of acreage. Marion County has over 219,000 acres within the current fire perimeters – about 29% of its total landbase. About 15% of Clackamas County – 183,200 acres – is included within fire perimeters.

A little more than half the land within the fire perimeters is managed by the federal government. Federal lands – including the Forest Service, BLM, and other federal holdings – represent 53% of the total acreage. Large private forest owners, defined as those owning more than 3,000 acres of forestland, make up another 31% of the acreage affected by the fires.

MB&G’s Principal Forest Economist, Mark Rasmussen stated, “It is too early to quantify the damage in terms of the volume or value of the timber lost. Typically, fires leave behind a patchy mosaic of damage – on some acres the trees will have been damaged so severely that no value can be recovered. On other acres, some of value can be recovered by post-fire harvest. Hopefully, there are some acres that will have only minimal damage. The details will become clear over the next few months.”

Another unknown is how much of the area is forestland versus agricultural lands or urban areas. “What we can expect is that essentially all of the federal land and large private holdings are forested. Some of the land classified in our analysis as ‘Other Private’ could be non-forest,” according to Rasmussen. 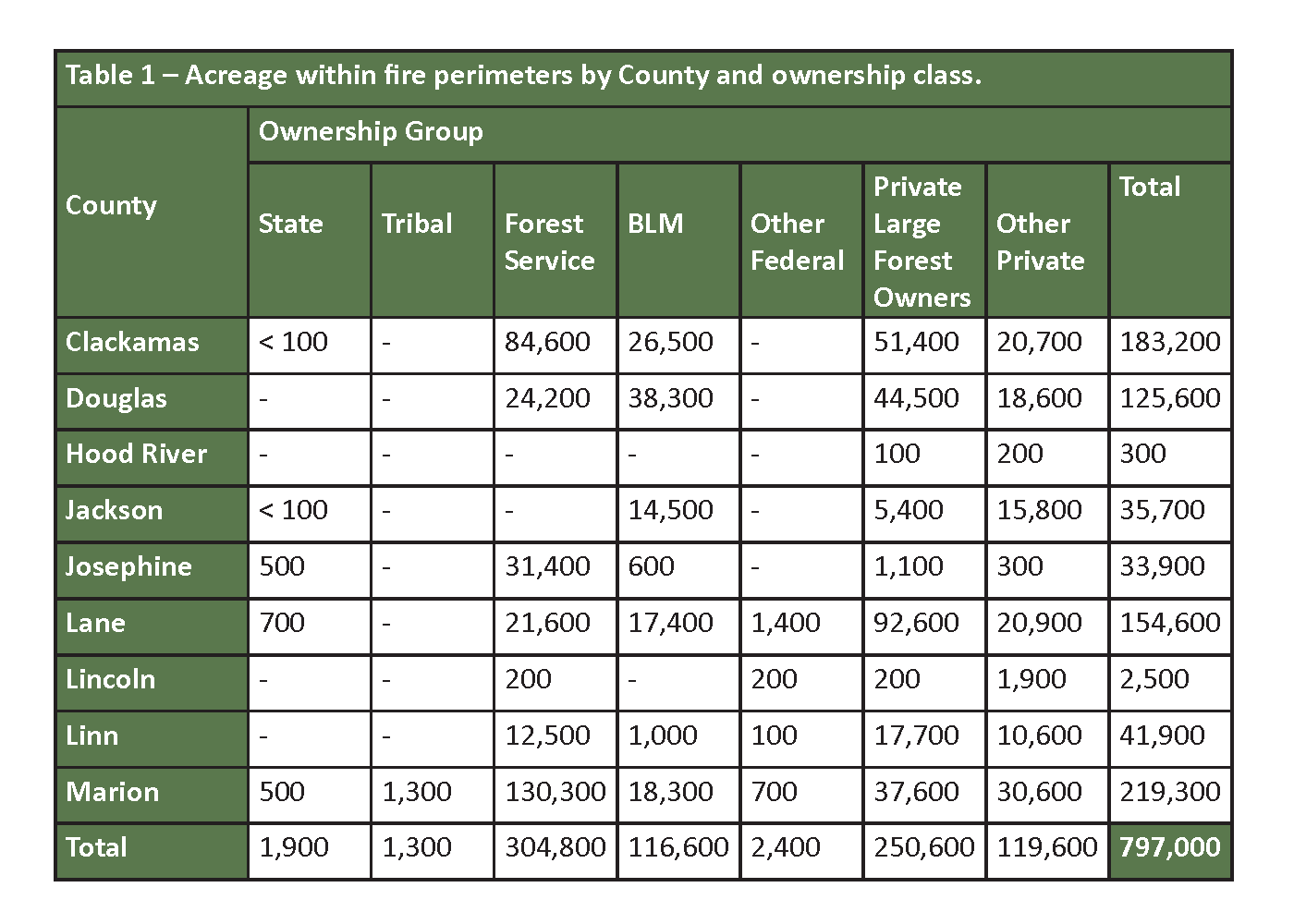 “Our hearts go out to the families and communities impacted by the fires. We work in and around many of these communities and are looking for ways we can help in the recovery. We encourage everyone to chip in whatever they can,” says company president Roger Lord. MB&G is donating funds and matching employee donations to the American Red Cross Cascades Region’s Western Wildfire Fund and a fundraising effort by the Douglas Timber Operators to provide relief to communities and individuals affected by the Archie Creek Fire near Roseburg. Forests are essential to the work MB&G does and the staff is monitoring the situation in Oregon as closely as possible and aiding the communities where help is needed most. 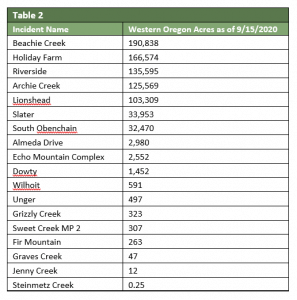 Our California Forestry Team has been out in the field performing planning for the implementation of vegetation management in the forest setting. While out roaming the area one of our registered professional foresters came across a few things of note that are particularly relevant reminders during Wildfire Awareness Month. While walking the area, we came […]

MB&G is excited to announce we have adopted a section of Highway 22 that we will maintain as part of our established community service program. This section of Highway 22 has a particularly sentimental meaning for our team as it is where our field work started on the ODOT Hazard Debris Removal project in the […]